Telling Each Other the Truth at Home 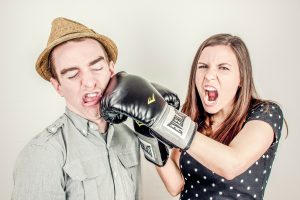 Many women, for example, who find themselves in a difficult marriage will avoid confronting their husbands about it. Starved for closeness and intimacy with the man she loves, a woman will perhaps ponder confronting him. She will probably rehearse doing so in her mind and imagine what he might say in return. Still many avoid the actual confrontation. Some continue to do so until it is too late.

Thirty years ago the United States government hired Dr. John Gottman to conduct a long-range study on marriage relationships. Interestingly, one of Dr. Gottman’s key discoveries in his monumental research is that appropriately “expressing anger and disagreement – airing a complaint – though rarely pleasant, makes the marriage stronger in the long run than suppressing the complaint.” Again and again, as he has followed the relationships of literally hundreds of couples over a twenty-five year period, he has found that the partner who truly cares, must care enough to periodically confront the person they love.

“You will know the truth and the truth shall set you free” (John 8:32). If this Biblical principle of the path to freedom is true, than why do we become so adept at avoiding the truth. I have observed many people ruin and frustrate their lives and the lives of their spouses, and often their children for that matter, by simply not telling each other the truth.

When we allow ourselves to keep secrets and believe lies, to harbor offenses, life becomes more of an illusion than an experience of reality. Ultimately we create barriers, we hurt ourselves and the people in our lives. Most often the ones we hurt the most are the ones who love us the most.

But, why do we do often refuse the road less taken of truth? Here are a few of the reasons I believe that women and men, even parents and children for that matter, will avoid telling each other the truth:

In some cases, the fact is that the only hope for salvaging a strained or devastated relationship is a “WAKE-UP CALL.” In actuality, the course of truth-avoidance creates greater emotional distance.

No coach ever gained a better football team by always patting them on the back. No parent ever raised a godly child by ignoring their vices. In the same manner, no spouse ever cultivated a strong marriage without facing the music now and then. This kind of fear is immobilizing. It keeps us from engaging the conflicts in our relationships and, as a result, the conflicts just get more complicated and intense.

This fear is a protective one. Often our efforts at shielding our spouses from the truth are, on a deeper level, our attempts to shield ourselves. Often this fear enables our spouse or child to continue on a destructive path.

What relationship? In many cases this is the question a wife or husband must ask, really ask, themselves.

Image-maintenance is a joy killer. When your key focus in life is what other people think about you, life is just no fun at all. In the name of appearing to keep a “good name,” many couples not only avoid the truth, they deny it even when it is staring them down. Some continue to deny truth issues even when their children begin to adopt the same twisted tendencies and convoluted values.

Often it is not only what we have to say to each other that matters, but also the way in which we choose to say it. Don’t keep the truth from each other in marriage and relationships, but determine to “speak the truth in love” in a way that conveys love and consideration. That means you will consider not only what to say, but how, where, when and why.