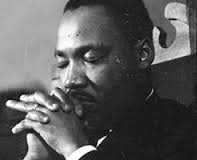 For years as a Christ-follower, I have been taught by example to pray that God would “move”, that God would “work”, and even in some cases that God would “show up” on the scene of my needs and opportunities. Now, after several years of praying and following, I am beginning to think that while God can certainly “move”, “work” and “show up” in any way or at any time or in any form he sovereignly desires, that the critical need of the hour is not for me to try and compel God to do anything, but more so for me to have my eyes opened to see what he already is doing so that I can get in step with exactly that in my own life, faith, actions and attitudes. In fact, when Paul prayed for the Ephesian church he didn’t ask God to “move” around them or to “show up” for that matter; rather, he petitioned God to do something within them, to help them to see better.

A few years ago while viewing a documentary on LIFE Magazine, called “40 Years of Life”, I watched with great interest a series of former editors being interviewed. One of the early editors, who served the publication during the Civil Rights movement in America, was asked to give his own opinion of Martin Luther King, Jr. In his response, I believe I heard one of the clearest definitions I have ever come across of what faith is. The editor’s assessment of the civil rights leader was: “Martin Luther King was a hero. . . and heroes are a rare breed. They have the uncanny ability of being able to rise above their fears and do what they really believe in. To a hero, what he cannot see is infinitely more real to him than what he can see.”

Rising above our fears. Doing what we believe. What motivates such an effective and purposeful lifestyle? Consider the second part of the quote again: “To a hero, what he cannot see . . . is infinitely more real to him than what he can see.” People of faith not only live from the soul, they see from it. The writer of Hebrews said it this way: “Now faith is being sure of what we hope for and certain of what we do not see . . . And without faith it is impossible to please God (Heb. 11:1,6a).” Unseen realities. In a sense, faith is perceiving the imperceptible, believing the unbelievable, and somehow, by God’s grace, knowing the unknowable. Faith gets in your soul, but first it gets in your eyes.

Paul obviously prayed that the Ephesian Christians would similarly gain a better view. Before he ever entered into the oft-taught disciplines of this famed epistle (i.e.: building unity; living as children of light, marriage and parenting relationships; and wearing the armor of God), he offered a prayer that their eyes would be opened, that they would see and know God more fully: “I keep asking that the God of our Lord Jesus Christ, the glorious Father, may give you the Spirit of wisdom and revelation, so that you may know him better. I pray also that the eyes of your heart may be enlightened in order that you may know the hope to which he has called you, the riches of his glorious inheritance in the saints, and his incomparably great power for us who believer” (Eph. 1:17-19a).

The Greek word used in the passage in Ephesians for “enlightenment” is powerful. It is the word photizmo and is associated with our word “photography” today. Jack Hayford suggests that if Paul were to use the words of contemporary technology he would have said: “I pray that God would cause there to come by the ministry of His Spirit of wisdom and revelation a burst of the strobe light of heaven’s glory into the negative of your soul and it would burn an image in technicolor of the glory of His purpose for each one of you.”

Maybe God’s next “move” in your life will be a real eye-opener.