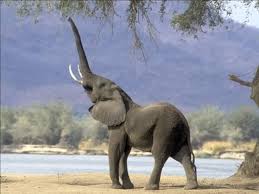 Great teams and team members are not just aware of the elephants; they are elephant hunters! They regularly chase them down! They know that the elephants in the room, the unresolved issues and poor communications, are enemies of teams and teaming; they know that untended, they can take the life, fun and motivation right out of the room, and right out of the team. Great team members and leaders are great elephant hunters!

So, learn to be a great elephant hunter. Sniff them out and deal with them swiftly. Sometimes the conflict and dialog produced by the elephant hunting will cause issues and truths to come to the surface that albeit are at first awkward, but are absolutely key to the development of the team, of the church and of their mission. Do you have the courage to confront the “elephants in the room” on your team? Your team is praying you do!

In the next Teaming Life post – look for more specifics on effective “elephant hunting” skills for you and your team.